The Abandoned House is a minor location that has to be traversed during the Prologue.

The house has been reclaimed by the woods for the most part, only a couple of walls still standing. A corpse strapped to a tree as well as two hybrid human-animal corpses can be found nearby. Several clothes containing Rags are scattered over the ground in and around the house.

Following the dirt track east of the house leads towards an open area with some shallow water where the wounded Protagonist can be encountered for the first time. After encountering the Protagonist, you will no longer be able to play as the Doctor. 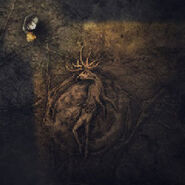 One of the hybrid human-animal corpses 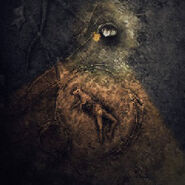 One of the hybrid human-animal corpses
Add a photo to this gallery
Retrieved from "https://darkwood.fandom.com/wiki/Abandoned_House?oldid=23934"
Community content is available under CC-BY-SA unless otherwise noted.