The Brook is a location in Darkwood that appears in the Dry Meadow. It is one of the few locations that appears exclusively on the borders of the map.

The brook is a thicket of tangled roots and trees that form a tight passage into what appears to have been someone's former hideout, containing a chair, wardrobe, an unmovable broken but working lamp, and a generator. A Dog will try to ambush the player on their way out if the player turns on the generator.

The location is marked with a circle on the Player Map. 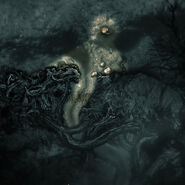 The entrance to the Brook. 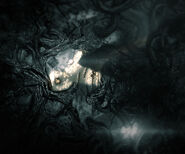 Inside of the Brook. 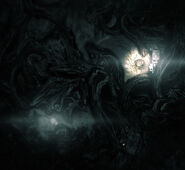 The unreachable room when lit up.
Add a photo to this gallery
Retrieved from "https://darkwood.fandom.com/wiki/Brook?oldid=24796"
Community content is available under CC-BY-SA unless otherwise noted.