The Butcher's House is a minor location in the Silent Forest Village. It can be found connected to the Crematorium by a locked metal door. Said metal door currently has no key.

The front door is locked too, but all the windows are open and can be accessed. The house itself is in a good state of repair, seemingly unaffected by the apocalyptic conditions surrounding it; its clean and well organised, with an oven, table, bedroom and all the basic necessities for living. A bandage with alcohol can be looted from said bedroom.

The rest of the supplies can be found in a single room where a man - possibly the Butcher, though it isn't by any means confirmed - sits on a log, keeping to himself. If the Protagonist approaches he will react. Unlike the other villagers, however, he reacts more passively to the players presence, and won't become aggressive if left for too long. If the player then decides to loot the cupboard (with three Jars of Meat, and a Bone) he will say,

Take whatever you fancy but don't tell anyone about it.

Beyond that he says nothing of note.

If this is the butchers house: with the lack of available meat in town (as mentioned by the Mayor); the stone furnaces in the crematorium designed for 'cooking bread,' which are constantly in use; the bone in the cupboard with the excessive amounts of meat jars; with the room full of dead bodies next door; and the fact that the man says to not tell anyone about what they found, it is possible that people are resorting to cooking and eating deceased humans (cannibalism).

This however is only speculation; the bone itself can be found on a dead cow in the Prologue, and possibly belongs to a similar animal, and therefore contradicts the idea of it belonging to a human. 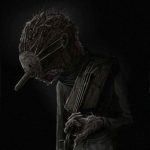 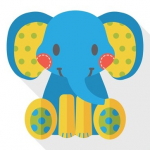