Dogs are passive creatures in Darkwood.

They constantly roam about the Dry Meadow, but may also spawn in predetermined locations such as by the Wolf's Camp or the Burned Houses, and more rarely, they can spawn in the Silent Forest. They spawn near the Dry Meadow Hideout during the night phase.

Dogs met during the day do not attack on sight; instead, they'll stay in place while barking and growling, and will only move to strike if the Protagonist stays in their aggro range, moves to within melee range, or attacks with a ranged weapon such as a Stone. At night, Dogs are always aggressive. They attack by biting, and each bite deals 1/3 of a health pip worth of damage.

Being territorial animals, Dogs will attack other creatures on sight if they cross paths. They may also howl, attracting all nearby Dogs to help them.

From the Silent Forest and on, Dogs are mostly supplanted by their stronger and more aggressive variant, the Huge Dog. 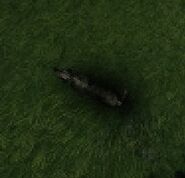 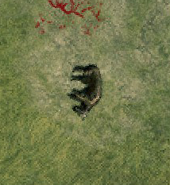 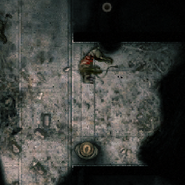 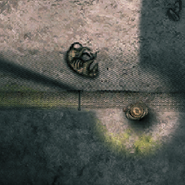 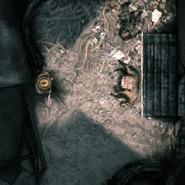 Add a photo to this gallery
Retrieved from "https://darkwood.fandom.com/wiki/Dog?oldid=23333"
Community content is available under CC-BY-SA unless otherwise noted.