Not to be confused with Markings (Chapter 2).

The Markings are a minor location in Darkwood, added in Alpha 6.

The Markings are located at the Dry Meadow. They are a series of mysterious geometrical drawings and symbols which appear to have been scratched on the ground. Standing in the center of the markings for a short period of time will cause a vision to appear in the outside of the player's field of view. Despite the vision being blurry, it is possible to decipher if the player looks closely for a longer period of time. Some faint shapes can be seen. Closer inspection reveals one vision which appears to be the “21” sign on the door that the Key to the Underground opens, while the other vision reveals said key. 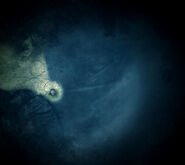 Vision of the key 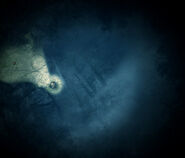 Vision of the Bunker Entrance
Add a photo to this gallery
Retrieved from "https://darkwood.fandom.com/wiki/Markings_(Chapter_1)?oldid=21536"
Community content is available under CC-BY-SA unless otherwise noted.